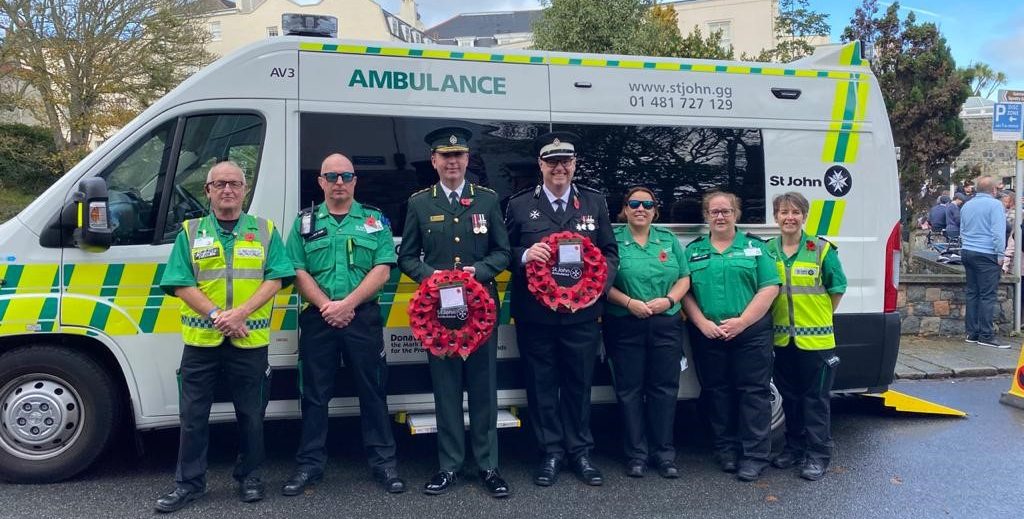 Representatives of St John have taken part in the annual Bailiwick Act of Remembrance, which took place at the Smith Street War Memorial in St Peter Port.

Chief Ambulance Officer Mark Mapp and Community Operations Manager Phil Ozanne placed poppy wreaths at the foot of the granite monument on behalf of the Emergency Ambulance Service and St John Ambulance Guernsey.
The service is organised by the Royal British Legion and is attended by His Excellency the Lieutenant Governor of Guernsey, the island’s Bailiff and service veterans.
Members of the St John Badger and Cadets were also on parade along with other members of the uniformed services.

Several of our volunteer first aiders were also on duty at the event, providing medical cover for those on parade and members of the public.
Two of our ambulances are also displaying a poppy as a mark of respect for all of those killed and injured in the service of the country.