Dr Coulter was invested locally by the Knight Commander of St John in the Bailiwick of Guernsey, Mr Andrew Henton, on behalf of the Prior of St John, at a ceremony which would normally take place in the UK.

David Coulter who was born in Belfast, Northern Ireland, served as a full-time solider with the British army between 1979 to 1985 before continuing his services as a reservist member of the Territorial Army. After studying theology at the University of St Andrews he joined the Royal Army Chaplains Department serving in the first Gulf War, Bosnia, Northern Ireland and Cyprus. He was promoted to Chaplain General of Her Majesty’s Land Forces in 2014 and held the role for four years.

Prior to moving to Guernsey, Dr Coulter was the County Chaplain of St John Ambulance in Wiltshire and is an Officer of the Order of St John. He is also the current minister at the Church of Scotland in the Grange. 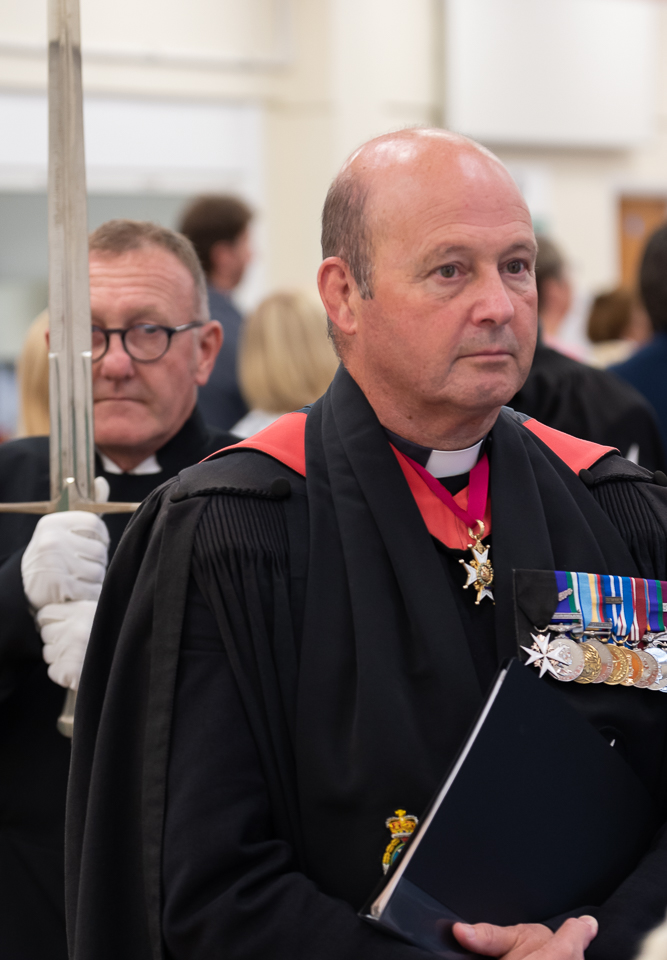 Dr Coulter said the role of the chaplain is to provide spiritual support and pastoral when it is needed: “Chaplaincy is all about walking with people. The greatest compliment a chaplain can be paid is when someone says ‘padre can I have a word’. It not necessarily about a religious issue, but it is about being recognised as trusted friend. It is what we call the ministry of presence – hanging around, getting to know people and building up a relationship of trust. I would like all St John people to feel they can turn to me, if they want to”.

He added “The word chaplain can be traced back to St Martin of Tours, who took his cloak off and put it around the shoulders of a beggar and I see my role as being there when I am needed to put a metaphorical arm around the shoulder of anyone who needs it.”

In the army chaplains accompany soldiers on operational tours. In the early part of his career David Coulter was deployed to a number of war zones before his promotion meant he was responsible for sending chaplains to places like Iraq and Afghanistan. 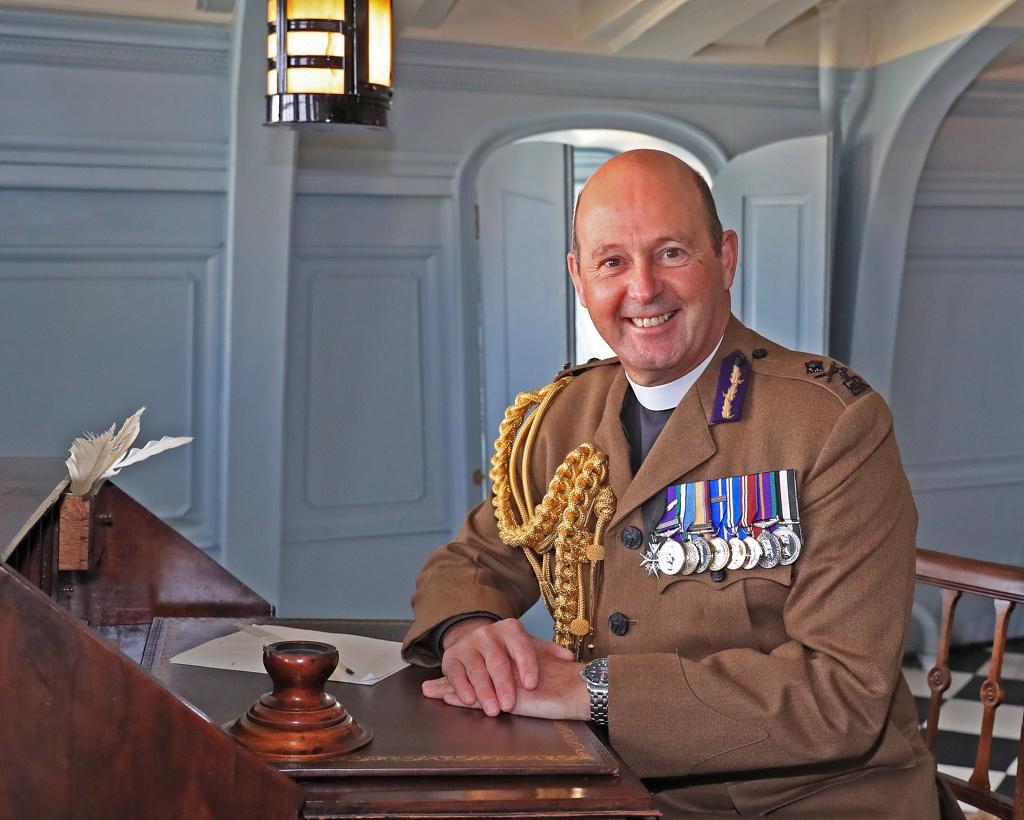 “I’ve been shot at and I’ve been in buildings when they’ve have been bombed. Soldiers are very protective of their chaplain. Although it is a non-combative role, you still have to carry all the same kit and have to be prepared to look after yourself on the battlefield without being a risk to you soldiers.”

“It is harder putting other people into harms way, rather than yourself, but in the process you learn a lot about preparing to go on operation, supporting people through the operations and post operational decompressing, when we giving people a chance to discuss the things they and seen and done. We are more aware of people’s resilience and ability to cope, physically, mentally and spiritually. We find people come and seek spiritual support, who would never been to church, but because you have been in the same environment and because you have walked with them they are prepared to share some of their feelings with you.”

As St John Chaplain Dr Coulter will be involved in ceremonies and service at key times of the year, including leading the annual Christmas Service and Rededication, which will take place at St Andrews in the Grange in December. He will also sit on the board of the Commandery of St John.

“St John is a Christian Order of Chivalry but we are open to people of all faiths and on none. St John people, volunteers and staff have one thing in common, they care deeply about people. These are people who want to make a difference. There are a lot of individuals who support the organisation in various ways, including those who come from different professional backgrounds and sit on the various boards. There is a huge range of people involved with St John and we are better because of it.”

Dr David Coulter pictured with the outgoing Chaplain Father Marc Trickey at the blessing of the Flying Christine III.

Dr Coulter has been getting to know more about the unique role St John plays in Guernsey and says it is clear that the island values the work of the organisation locally.

“I know the last couple of months have been a challenging time for everyone. The Emergency Ambulance Service have continued to doing their job day in day out, with all the uncertainty that we had with Covid. The volunteers provide valuable back up and support. This demonstrated a precious link between both sides of St John. The charity also provided a range of new services such as the home delivery service and Caring Caller Scheme.”

He added “A lot of public events couldn’t happen if we didn’t have medical and first aid support from St John volunteers. Traditionally these events have also provided an opportunity for fundraising, which has been greatly reduced this year.”

Reverend David Coulter takes over from Father Marc Trickey who retired in October after 15 years in the role.