You are here: Home › Volunteers › On duty with Pudsey Bear!

Last weekend some of our volunteers were on duty at the BBC Countryfile Ramble for Children in Need with the famous Pudsey Bear. 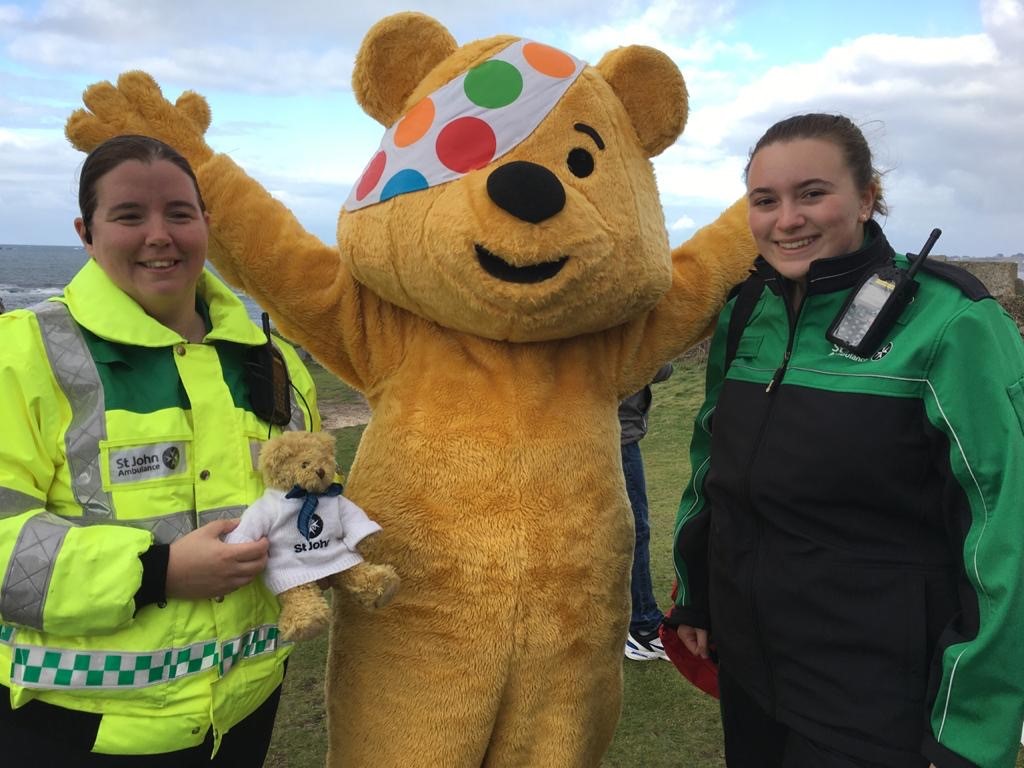 Around 200 people turned up for the event, which was probably the only one of its kind in the British Isles, where people could freely meet in large groups for the traditional style ramble.

The ramble around Portelet Bay ended at the Fairy Rings at Pleinmont with a bear hunt and raised £500 for the BBC Children in Need appeal.

Event organiser and local tour guide Gill Girard said “I was delighted so many families come along on the bear hunt. It was lovely to see all the children sitting around the Fairy Ring with Pudsey.”

“Thank you to the St John volunteers for being there, it was great to have your support with so many people attending, but I am very glad you had nothing to do!” Gill added.