You are here: Home › Volunteers › Paul Kennedy invested as Member of the Order of St John

Long serving St John Guernsey volunteer, Paul Kennedy has been invested as a Member of the Order of St John. 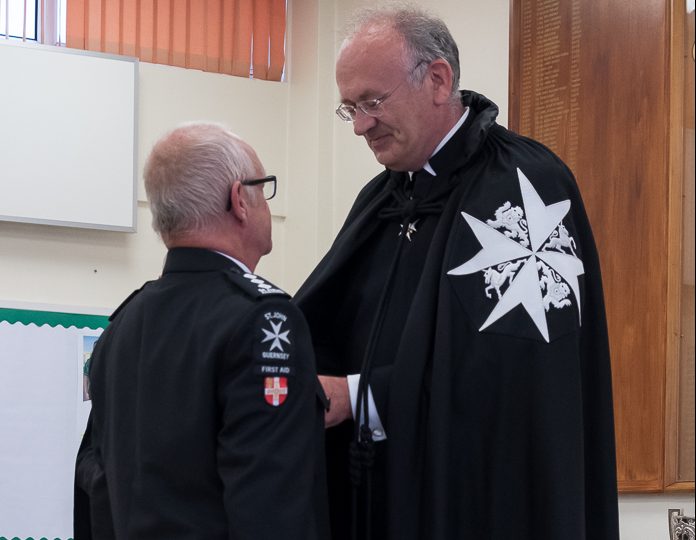 The investiture, which was approved by Her Majesty the Queen, as Sovereign Head of the Order of St John, was scheduled to be conducted at St John’s Gate in London, but due to the coronavirus restrictions it took place at the Rohais headquarters of St John Ambulance Guernsey instead.

The short ceremony was conducted by Jurat David Hodgetts, an Officer of the Order of St John and Andrew Henton, the Knight Commander of the Commandery of St John in the Bailiwick of Guernsey. 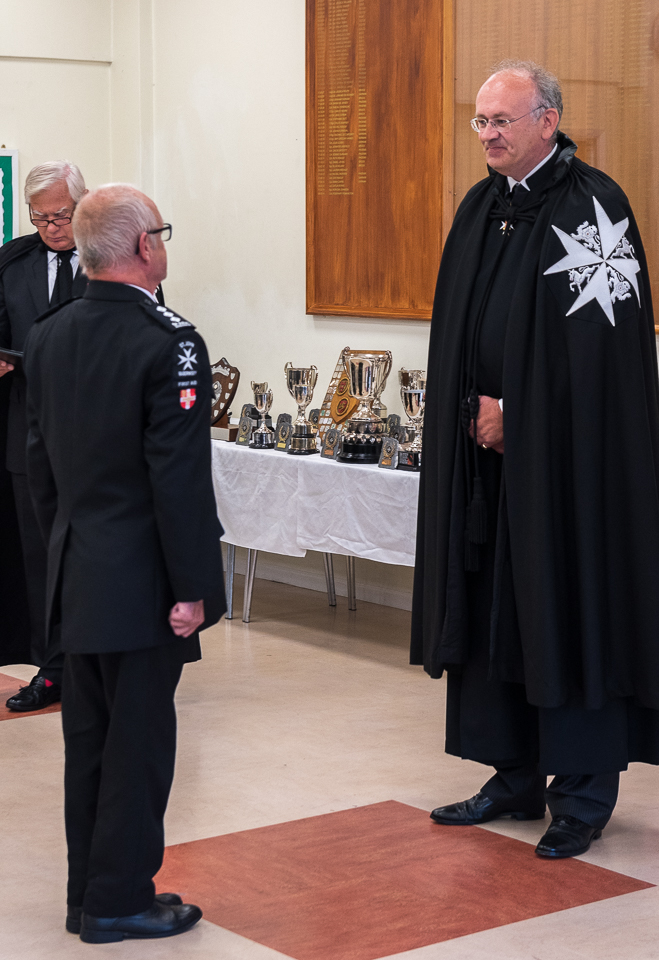 Mr Kennedy said having the event on island meant he was able so share the experience with his family, friends and fellow volunteers.

“It was a very personal and individual ceremony and probably a bit more low-key than an event in London, but having all of my family there made it very special. It was so good that so many other volunteers were able to be in the room too, along with the Badgers and Cadets, to share the occasion.”

Mr Kennedy who has been an active member of the charity for 30 years and has carried out a variety of different roles, including looking after the ambulances, volunteering as an event first aider, member of the Ambulance Reserves and volunt 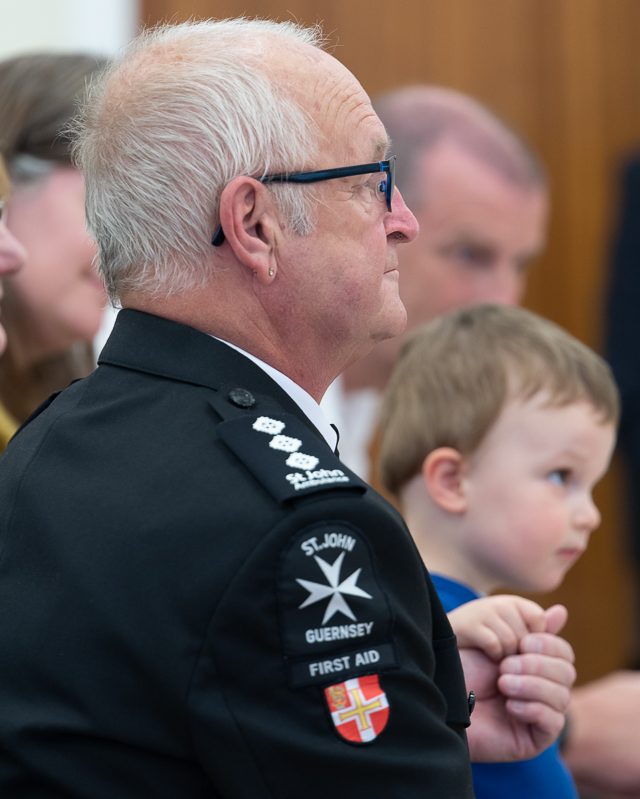 Speaking before the event he said: I feel very proud and privileged to have been nominated to be admitted to the Order of St John, and even more so because my admission to the Order was sanctioned by Her Majesty the Queen.”

The Order of St John, formally known as The Most Venerable Order of the Hospital of Saint John of Jerusalem, is a Royal Order of Chivalry first constituted as such by Royal Charter from Queen Victoria in 1888.

An individual can be admitted to the Order in recognition of their achievement, notable or selfless service, or inspiration and encouragement to others.