Congratulations to paramedic Aimee Lihou, who has recently been promoted into a new role as Clinical Governance Lead for the St John Emergency Ambulance Service.

Aimee who has been a registered paramedic since 2012 has specialised in the area of clinical governance for the past three and a half years, initially on a part-time basis whilst working full-time on an operational team before becoming full-time last year. The role has now become permanent and Aimee is now working closely alongside the Senior Management Team, leading the service in all aspects of quality and safety.

Clinical governance has become an increasingly important part of healthcare, focusing on maintaining and improving patient care. Aimee works closely with counterparts at Health and Social Care to achieve excellence under the Safer Everyday initiative, ensuring that service users are safe, raising awareness of good practice and preventing harm. 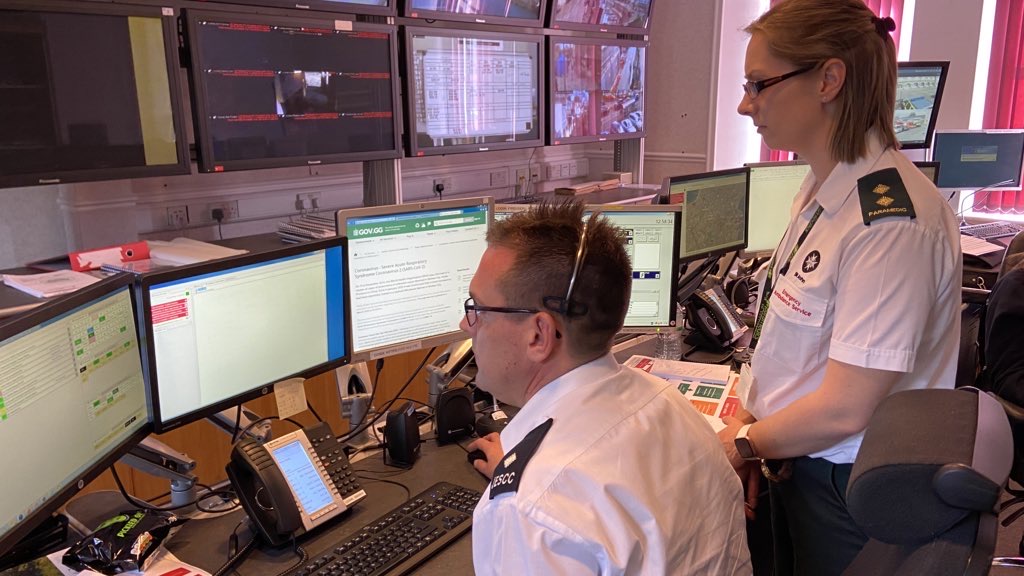 As part of the role Aimee now sits on several national groups including the National Education Network for Ambulance Services (NENAS) and the Ambulance Infection Prevention and Control Group. She is also part of a national team working on the assessment of students on the new integrated paramedic degree apprenticeship. Aimee has also been heavily involved in the ambulance service response to the COVID-19 pandemic.

“People ask me whether I miss working on the road as an operational paramedic and the answer is, I do. I will always remain a paramedic and will still do operational work from time to time. However, I’ve devoted the best part of my life so far to helping others and view this role as the best way of helping in a more effective way. When I worked ‘on the road’ I could only help one person at a time, by doing this  I get to make decisions and implement change that effect all patients for the better, not just the ones I was treating at the time.”

Aimee became a member of St John at the age of 8-years-old, firstly becoming a Super Badger and then achieving the Grand Prior’s Award as a cadet. As an adult volunteer member of St John she regularly competed in first aid competitions and undertook the role of Public Duties Officer prior to leaving the Island in 2010 to train as a paramedic. Aimee joined the West Midlands Ambulance Service NHS Foundation Trust in 2010, qualifying as a Paramedic in 2012, returning to Guernsey in 2014.