More than 130 motorbikes took part in the Ride of Respect around Guernsey’s coast to show their appreciation and thank frontline health staff and essential workers staff for their efforts during the coronavirus pandemic. 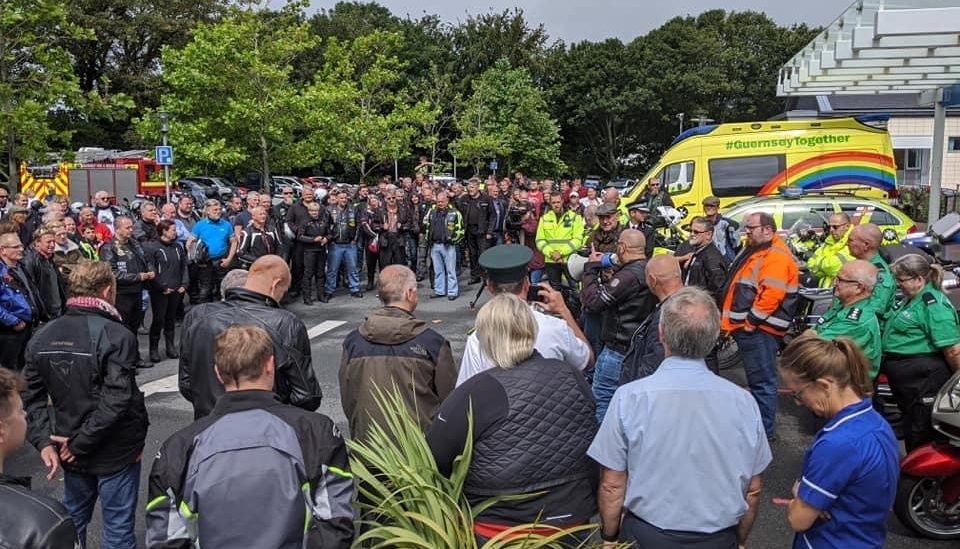 The ride set off from Vazon and ended outside the Princess Elizabeth Hospital where they were met by hospital staff, 999 workers, the Chief Ambulance Officer, off-duty emergency ambulance staff and St John volunteers.

Chief Ambulance Officer, Mark Mapp said: “I’d like to thank everyone who took part in the event today and take this opportunity to thank the ambulance crews who worked through the crisis. There was a fantastic turn out and it was great to see so much support. It is another example of the Guernsey Together spirit which has characterised the community response to the pandemic.”

Guernsey is now in Phase 5 of the exit from lockdown, with no new confirmed cases of COVID-19 for 66 consecutive days and no known active cases in the Bailiwick.

The operational crews from St John Emergency Ambulance, who were on duty had hoped to attend, however they were unable to be there as they were responding to five incidents at the time the Ride of Respect event was happening. Over the weekend clinicians responded to a total of twenty-seven calls, including an incident involving a person who was injured on a track in a remote location in a field. In addition to the initial paramedic response, the St John 4×4 ambulance and Guernsey Fire & Rescue were also deployed to the scene to assist with the safe extrication of the patient.