You are here: Home › Ambulance Services › Jon Beausire is honoured by The Queen

This national ambulance service award for distinguished service is in recognition of Mr Beausire’s roles in both the UK and Guernsey and is awarded to only 10 individuals by Her Majesty the Queen in any one year.

It is thought that Mr Beausire is the first person in Guernsey to receive this prestigious honour. He is married with four adult sons and has four grandchildren.

Mr Beausire was absolutely stunned when he received notification of the award on Thursday (9 June 2016).

“A large part of my working life has been dedicated to the ambulance service and I have loved every part of it.   Caring for others is what I am passionate about; at St John we do everything we can to ensure that we deliver a high standard of care.  There is an indescribable satisfaction of responding when people are in trouble and I am immensely proud of all the people I have worked with in the emergency ambulance service over the years.  This honour also reflects their hard work and dedication to our patients.”

The QAM was founded by Royal Warrant in 2011 to place ambulance staff in parallel with uniformed staff in both the police and the fire services (to sit alongside The Queen’s Police Medal and The Queen’s Fire Service Medal).

The QAM  recognises  individuals  working  in  the  ambulance  service across the UK, Guernsey, Jersey and the Isle of Man for their  exceptional devotion to duty, including service marked by outstanding ability, merit and exemplary conduct.

Mr Beausire has served in the ambulance service for 30 years and took over as Chief Officer in 2008.

He was the Ambulance Services Head of Training and Development for seven years prior to becoming Head of Ambulance Operations and then in 2001 became Deputy Chief Officer.

He has served as a practicing registered paramedic for 20 years, a qualified paramedic tutor and also as an advanced driving instructor.

One of the few paramedics in the British Isles that has provided medical treatment on land, at sea and in the air, Mr Beausire operated as a paramedic on helicopters, Guernsey’s marine ambulance and of course the emergency road ambulance service.

For a number of years as a Paramedic Tutor he lectured and assessed paramedic training courses at the Southern Ambulance College in Wiltshire. 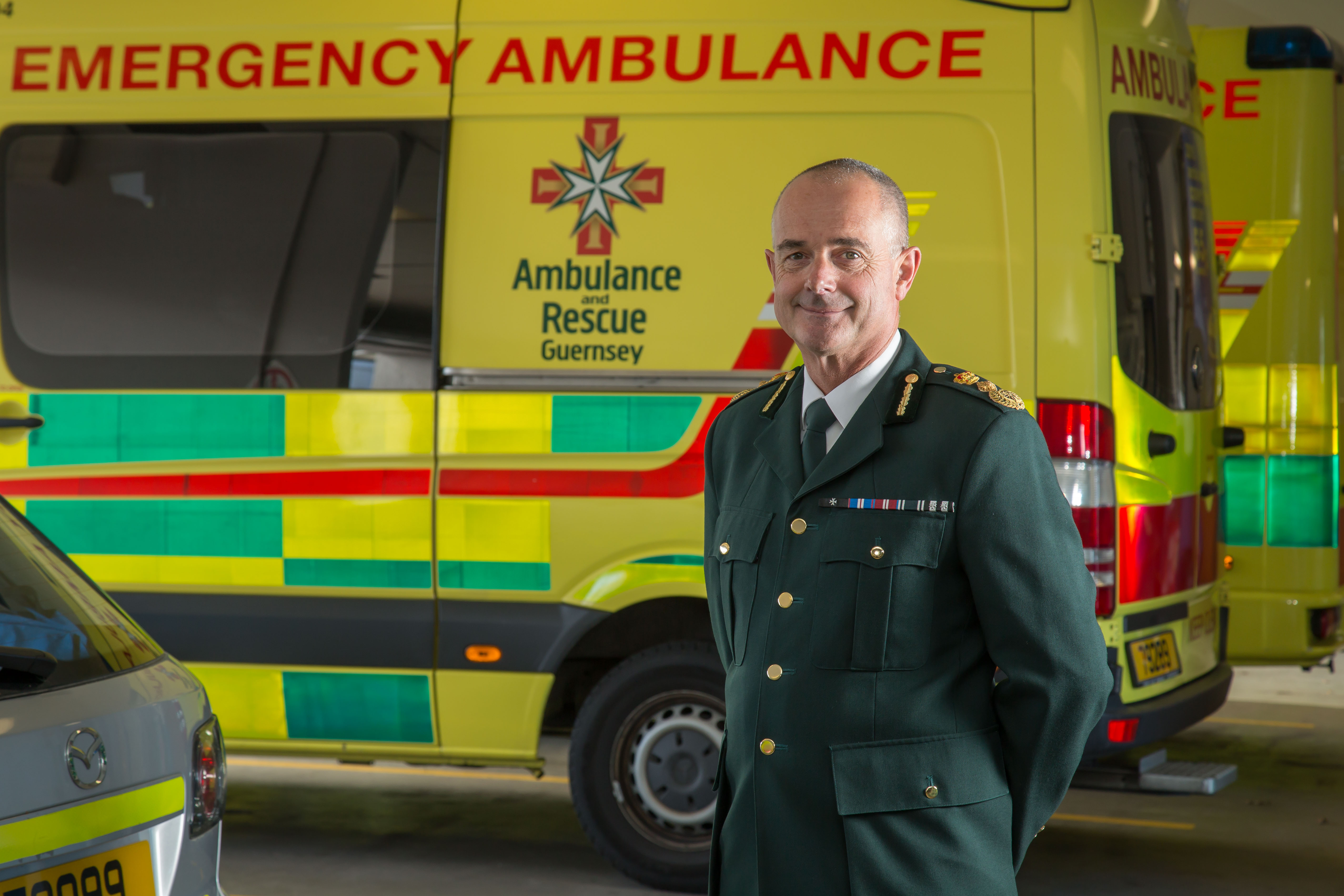