St John has benefited from the proceeds of a special Guernsey fudge bar, which was made by a local confectioner to mark the 70th anniversary of the island’s liberation last year.

Over 4,000 bars were sold in retail outlets across the island throughout 2015, with 10p from every bar sold donated to St John, contributing £466 to the charity.

Guernsey Gourmet Foods owners Terry, Rosemary and Martyn Willey worked with fudge chef Craig Winstone to create the commemorative bars, designed to resemble bars of chocolate given to children by British troops on the day Guernsey was liberated from German occupation. Local artist, Ann Segers, designed the wrapper which portrays a soldier with a young child in his arms.

Mr Willey chose to benefit St John because of the crucial role it played in the island during the Second World War, as well as a personal connection his wife has with the organisation.

Harold Gilroy, the grandfather of Mr Willey’s wife Rosemary, was a volunteer in the St John Ambulance Brigade throughout the Occupation. Alongside a small team of ambulance drivers, he helped ensure that despite the difficulties no call for help went unanswered.

Despite severe restrictions on fuel, tyres, night-passes and manpower, St. John Ambulance Brigade continued to provide an ambulance service to the island throughout the five years of occupation. At one time, a shortage of fuel meant the ambulances had their engines removed and were drawn by horses.

Chief executive officer of the Commandery of St John, Vanessa Spiller, said: “It is wonderful that Guernsey Gourmet Foods chose to donate a portion of their proceeds to St John and I am pleased so many islanders enjoyed the sweet treat throughout the year. As well as raising much-needed money for the charity, these fudge bars celebrated the vital work of our volunteers, the community spirit and resilience of all islanders during the occupation.”

Mr Willey said: “We are really pleased with the number of fudge bars we sold.  They were popular with islanders and visitors of all ages and we hope they helped people remember a day which was a time of such joy and celebration for Guernsey.” 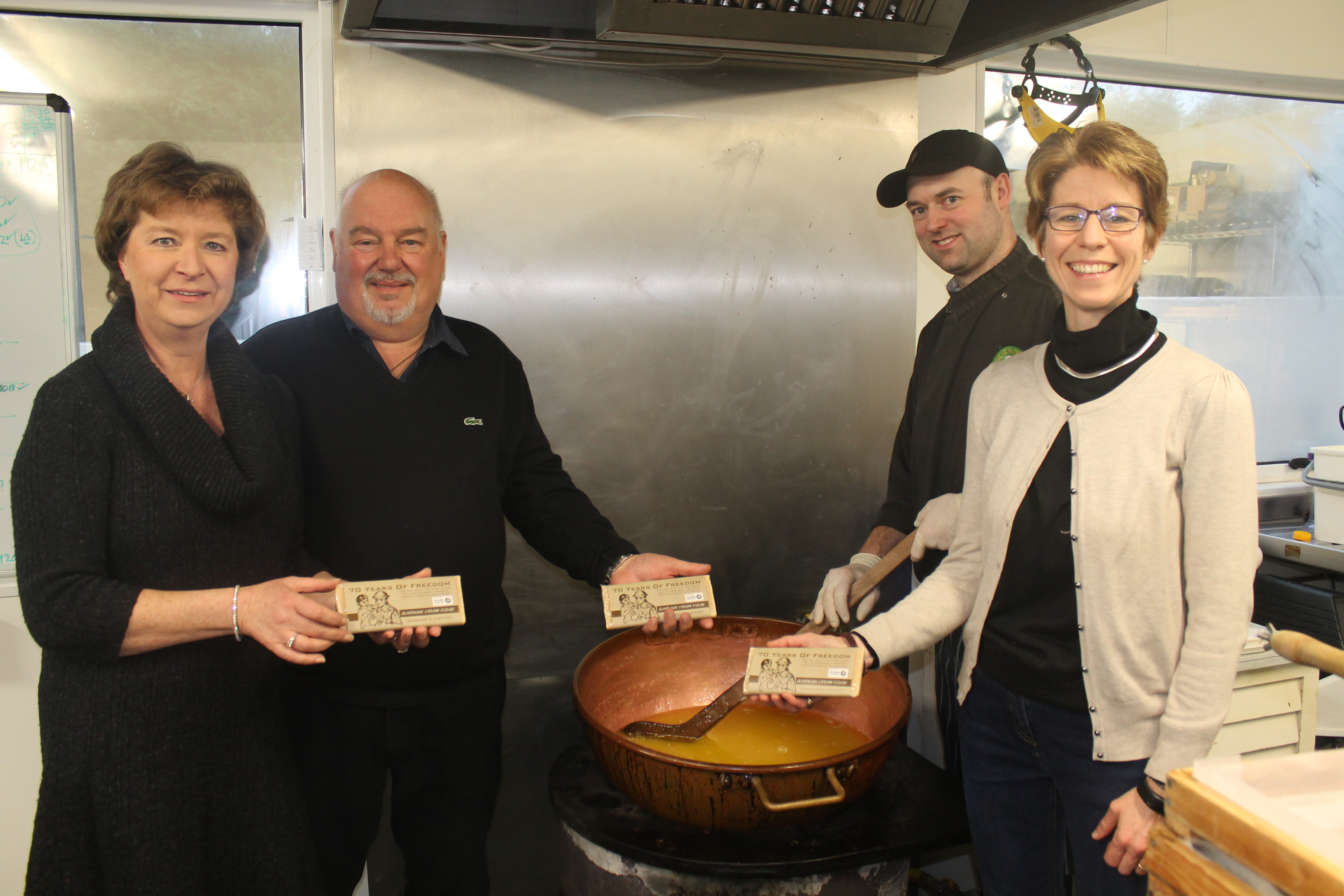