Two teenagers from St John Ambulance have been selected as Lieutenant Governor Cadets.

Lucy Ozanne and Grace Shearer successfully went through the application and interview process to be picked by the Youth Commission on behalf of the Lieutenant Governor’s Office.

Each year four teenagers are selected from Guernsey’s uniformed youth organisations to support the Lieutenant Governor at a number of official functions and events throughout the year.

“This is a great privilege and one that I hope our two cadets will thoroughly enjoy,” said Vanessa Spiller, Chief Executive Officer of the Commandery of St John.

The last cadet to represent St John Ambulance as a Governors Cadet was Caitlin Bowie for the year 2013-14.

“I had an amazing year representing St John at so many different events, where I had the opportunity to meet a tremendous number of interesting people from our community.  It was a great honour.  I hope Lucy and Grace enjoy the experience as much as I did,” said Caitlin.

Lucy and Grace received their medals at a ceremony at Government House on Monday 2 November 2015, along with the other chosen cadets, and were sworn in by The Bailiff Sir Richard Collas, who is the acting Lt Governor. This event was originally planned for last month but was postponed following the untimely passing of the Lieutenant Governor Air Marshal Peter Walker.

“Lucy and Grace have both put in a lot of hard work throughout their St John career and this has been reflected in their selection as Lt Governors Cadets. Both are very cheerful and personable individuals and this opportunity will give them a great experience to take forward both personally and professionally. They are both a credit to the organisation,” said Mrs Spiller. 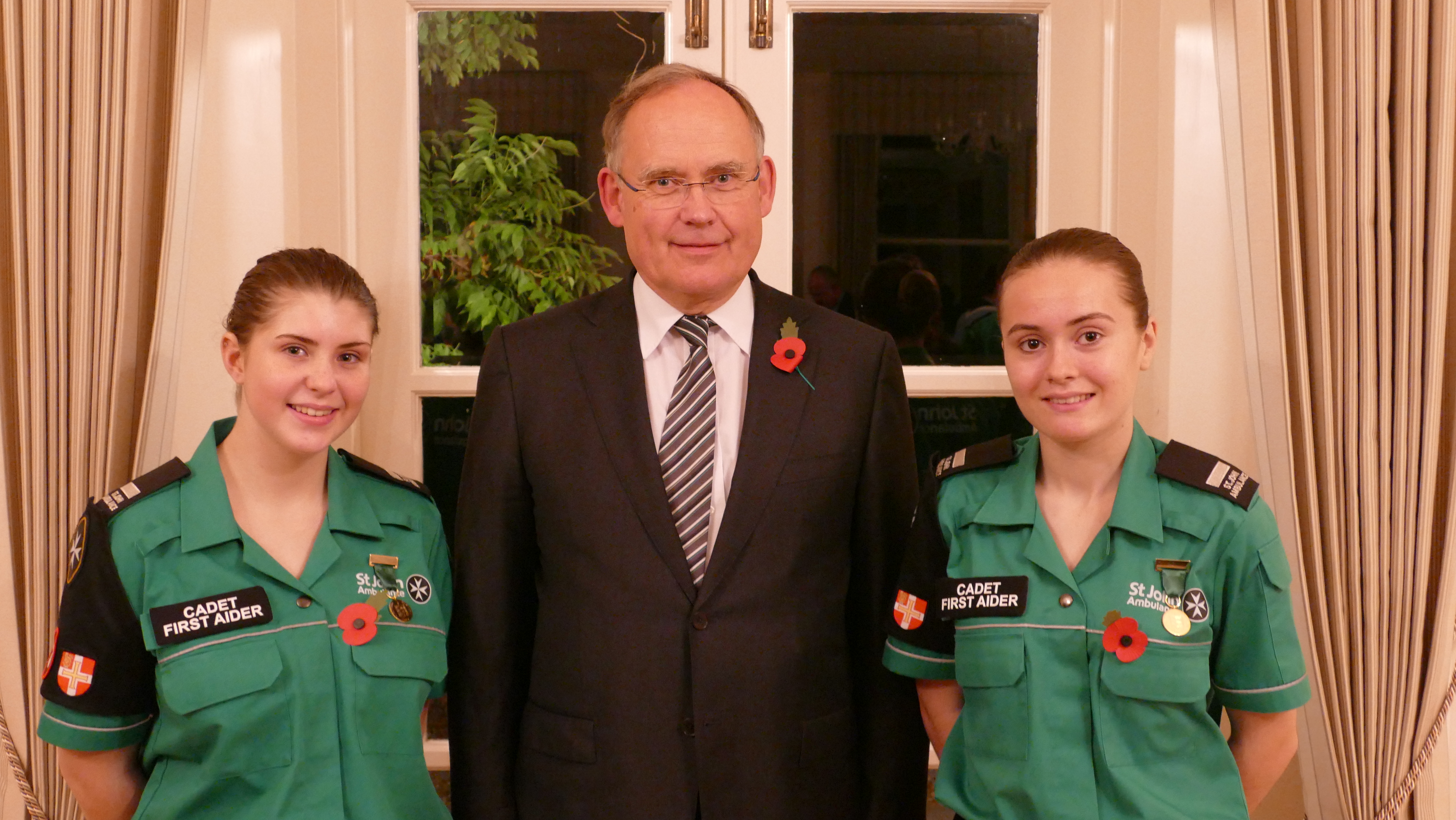