Paramedic Steve Domaille received the Recognition of Performance award following recommendations from members of the public for his level of professionalism and his calm and methodical manner.

Steve’s excellent skills in advanced life support treatment were recognised by chief officer, Jon Beausire, who said: “Steve has an admirable level of skill and knowledge, which ensures patients receive the best possible care and chance of survival.” 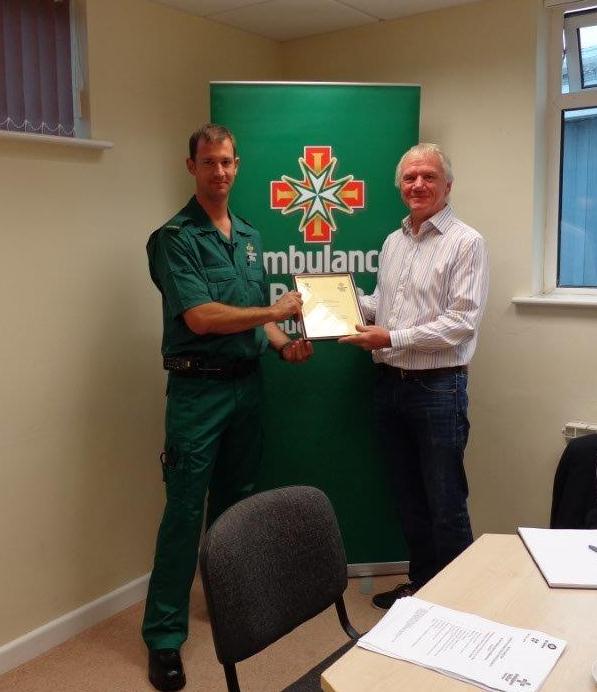 Senior officer Dean De La Mare was given a Long Service award for 15 years’ service with St John Ambulance & Rescue Service. He was appointed as a patient transport service (PTS) attendant in December 1999 and promoted to a first tier ambulance practitioner in January 2001. Dean qualified as a Paramedic in April 2004. He was promoted to Sub-Officer in March 2007   He then became a senior officer in October 2012. 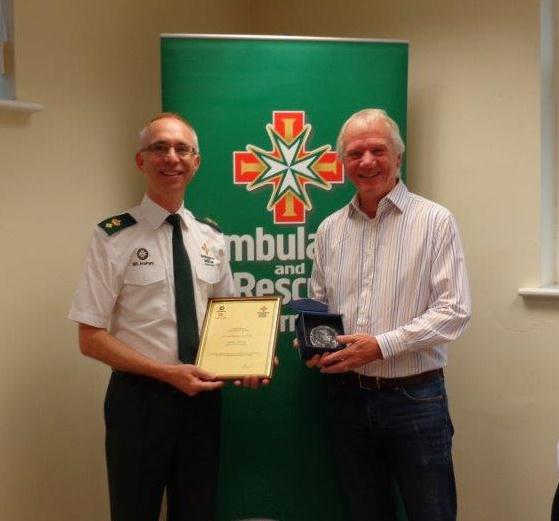 Paramedic Steve Torode was acknowledged for his completion of the European Pediatric Life Support – Resuscitation Council (UK) training course, which was delivered by the Institute of Health and Social Care Studies in Guernsey. The one day course covered the recognition and management of critically ill children and children in cardio-respiratory arrest. 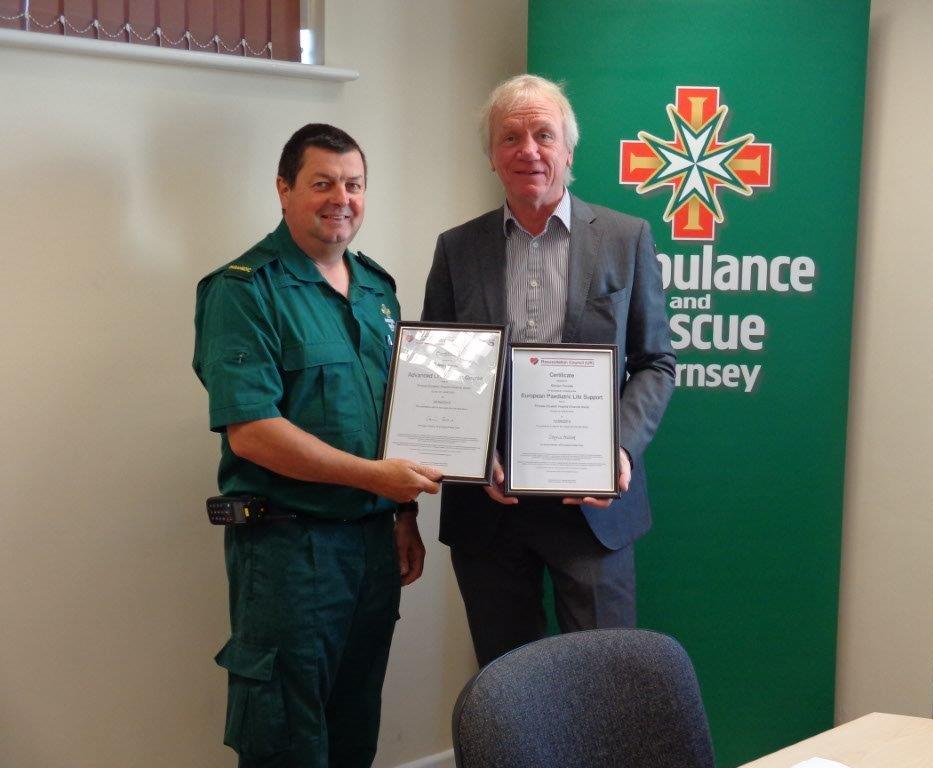 Graham Le Maitre is the Paramedic Tutor for the St John Ambulance & Rescue Service and has completed 35 years of service. He was awarded the BTEC Level 4 Professional Award after recently completing the BTEC Safer People Handling Trainers Course. Graham attended a four day practical course at the Royal Society for Prevention of Accidents (RoSPA) Training Centre in Birmingham and completed a further 32 assignments in order to obtain the qualification.

Jon Beausire said: “It is fantastic to be able to celebrate our employees and volunteers for their dedication and their skills in these monthly awards. These members are a credit to St John and to the island.” 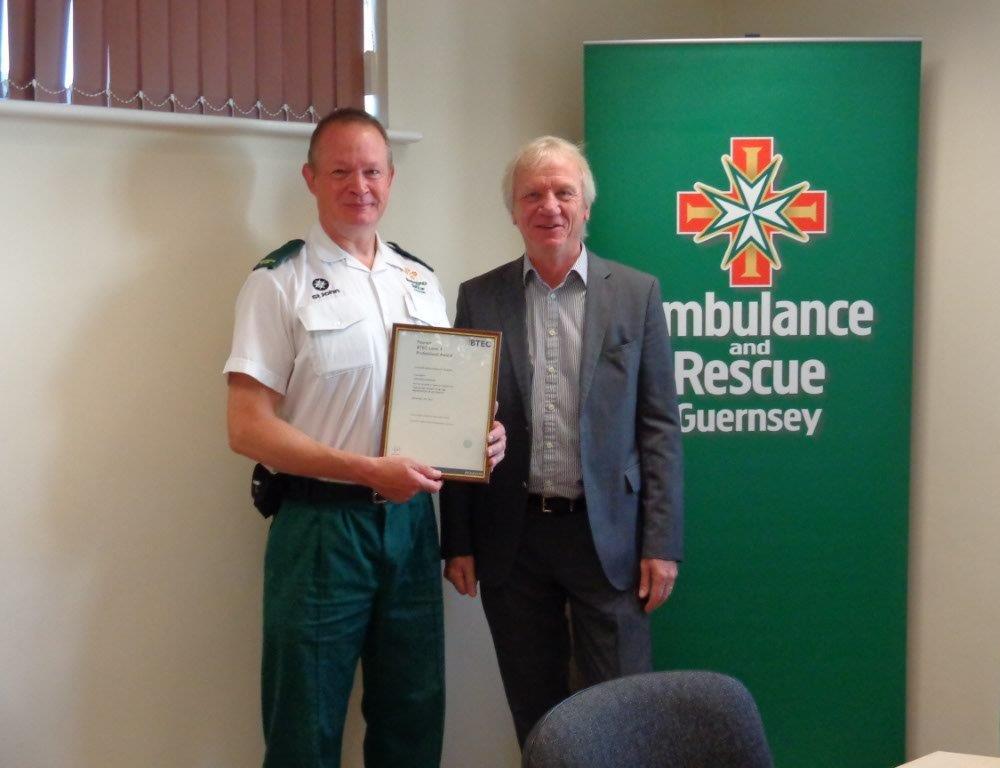